Designed to facilitate multiple functions in breast surgery. It can be used in combination with other retractors to facilitate incremental tailoring dissection of the pocket after the implant has been introduced, thereby alleviating the need for implant removal during further pocket tailoring. The inside of the blade features atraumatic teeth which will not harm implant shells. The retractor can thus be used to retract the implant in one direction as the soft tissues are retracted in an opposite direction. During submuscular closures over an implant, the retractor can be used to protect the implant as sutures are placed. Also useful for capsulectomy, the retractor facilitates extra capsular dissection by counter-traction on the capsule containing the implant. 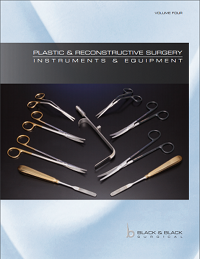 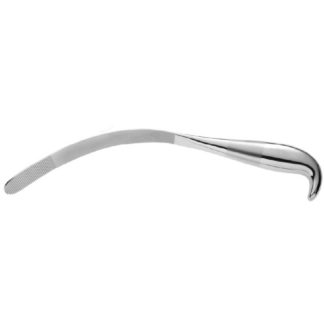